When These 5 Support "Best Practices" Become Nails in the Coffin

On paper, your agent everything right. So why did that case get….(insert any and every negative outcome you weren’t expecting)….escalated, re-opened, low customer satisfaction and effort scores, etc…

Even if your agents are following a Support playbook to the letter, the devil is often in the details when it comes to following “best practices.” Here are five common areas where Support team playbooks miss the mark when trying to improve customer experience.

1. (Prematurely) asking if there’s anything “else” you can help with

Imagine you’re out to a nice dinner and the waiter brings the check when you’ve barely scratched the surface on your main course.

If you aren’t 100% sure that the initial issue that prompted the customer to open the case has been resolved, that’s what it feels like for customers when you ask them if there’s anything else you can do. The “else” in “anything else” implies you’ve accomplished something, so it’s worth making sure that you’ve solved the problem to the best of your ability.

When Support agents ask “what else” before they’ve confirmed that they’ve resolved the initial issue, cases see a 14% reduction in team effort scores and a 17% reduction in customer satisfaction. 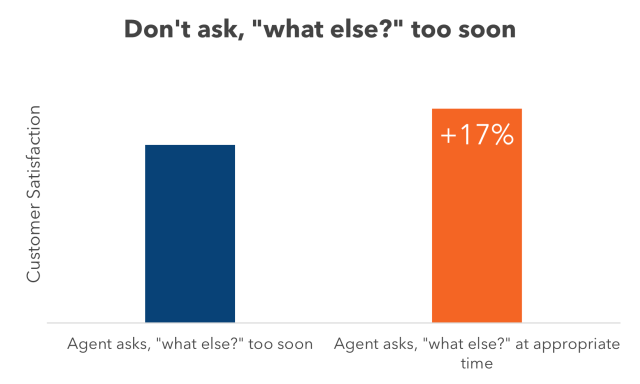 2. Directing customers to a digital “suggestions box” when they make feature requests

Remember the episode of The Office where Michael digs up the suggestion box?

Less than 10% of customers actually follow up on submitting their idea. Unfortunately, customers are smart enough to know that this is your polite way of saying, “I don’t give a sh*t and don’t have time for this.”

Very often, customers just want to feel heard. Instead, you could acknowledge that it’s a good idea and that you see where they’re coming from, instead of deferring to a script (even if you’re really just changing the script.) You can show customers that you’re actively listening by personally responding to their idea.

3. Setting expectations for what you can’t do

Instead of simply telling customers what they’re asking for isn’t possible, try offering a workaround or two. Tell them what you can do, not just what you can’t do.

Case re-open rates are 32% lower when Support agents offer a workaround, even if it doesn’t actually solve the problem. Why? Because it makes customers feel heard and like you are personally invested in their success. 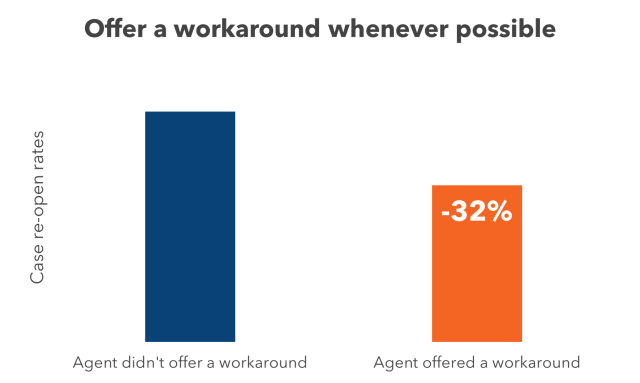 4. Rushing through the case at the expense of being thoughtful

Who doesn’t love getting a fast solution to a problem? If the customer’s ask is straightforward and easy to solve and you can provide a quick resolution, it’s all gravy.

But when customers reach out about a more complex issue, taking the time to thoroughly understand the outcome they’re looking for is well worth the extra time on the case.

Across cases with more complexity, faster resolution times are highly correlated with re-open rates of greater than 15% and a 21% decrease in customer effort scores.

5. Following a script to the letter at the expense of being human

We’ve all had a Support interaction where the well-meaning agent responds to every. single. thing. you say with, “Thank you for providing that information, (insert your name).” Eye-roll.

When customers can tell that you’re following a script to the letter, it can be a turn-off. Customers want to talk to a human, which is why they reached out to you.

Customers are more than 20% less likely to respond with a “thank you” at the end of the interaction when an agent is following a script, and heavily scripted interactions see 17% lower sentiment scores on average. 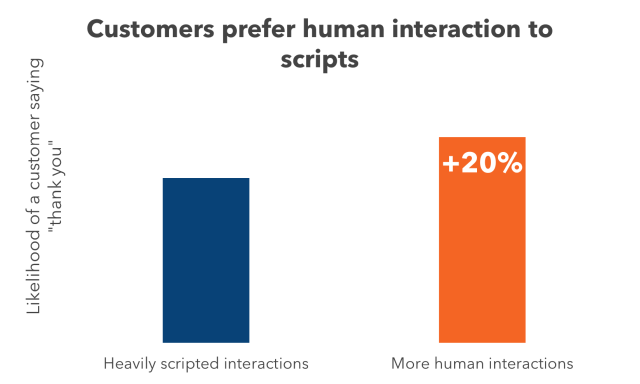 Want more on Support best practices? Here are 5 data-backed tips for things your agents can say in Support interactions to improve case outcomes and team KPIs.